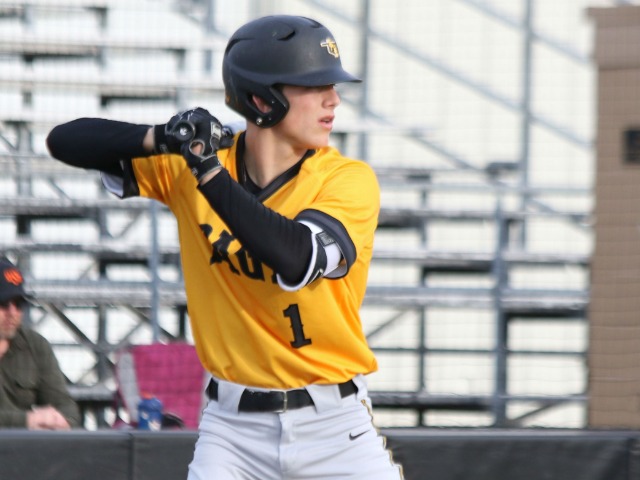 Sand Springs got two wins in the Tiger/Zebra Classic last week, and those were the only two games they played in the tournament.

“I think we played really well, offensively,” said head coach James Garrison. “I think it’s the first time our pitchers struggled a little, and it was good to see them able to fight through it.”

Sand Springs 10, Tahlequah 2: A seven-run third inning was the difference in an eight-run win over the Tahlequah Tigers Thursday, March 28 at Pryor High School.

With a 2-0 lead in the bottom of the third, Watkins hit an RBI single to score Malachi Burks, and Kyler Copeland’s single scored Watkins for the 4-0 Sandite lead. Cale Savage scored on an error, and Tyler Ash hit a sacrifice fly to score Jacob Snodgrass. Kaegan Murray and Burks both recorded RBIs, and Sand Springs took a 9-0 lead.

Sand Springs 13, Joplin 5: The Sandites left nine runners on base in an eight-run win over Joplin, Missouri that could have been worse.


Sand Springs (11-2) beat Joplin, 13-5, Saturday, March 30 in the final game of the Tiger/Zebra Classic at Pryor. Friday’s games were cancelled due to rain.


Watkins led the team with three RBIs, going 3-5 at the plate with two runs scored. Snodgrass and Sartin added two RBIs each.

Pitcher Jaxon Skaggs got the win on the mound, but Tyler Ash got the start, pitching two and one-third innings. Michael Miller took the mound in relief and Skaggs entered the game in the fourth inning. Ash ended with four strike outs, and Skaggs had three.

The Sandites jumped out to a 6-1 lead after the second inning, and they led 11-5 after a four-run fourth inning.