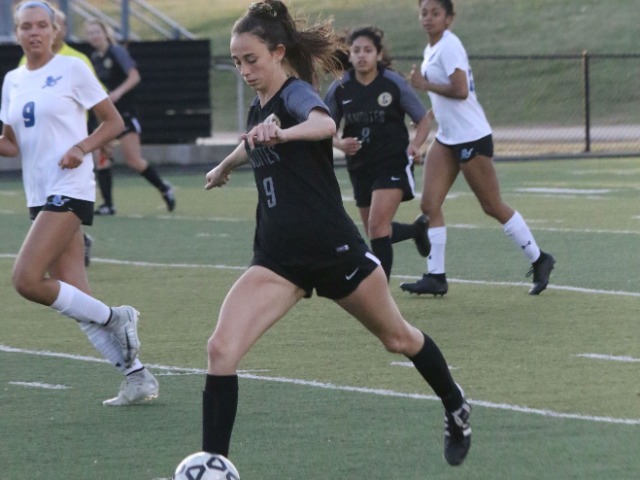 The Sandite soccer teams have started the season with a bang, losing only two games between the two programs. Combined, the boys and girls programs are 12-2 in non-district games and tournaments, but none of that means anything now.

The real season starts this week with Sapulpa.

Dist. 6A-4 starts Tuesday with Sapulpa, and district games are the only games that count. The Class 6A state playoffs are decided by district games, and none of the non-district games count at this point. However, the Sandites have momentum going into districts.

The Sand Springs varsity boys soccer team is undefeated on the season at 7-0 with wins over Tahlequah, East Central, and Enid. Some of the wins were blowouts and others didn’t come so easy. In the Tulsa Edison Green and White Tournament, Sand Springs won all three games by an average of 1.33 goals a game. They beat Hale, 2-1, Jenks JV2, 3-1, and Jenks JV1, 1-0.

In their last game against Enid, the game went to a shootout, and Sand Springs won thanks to three saves from goalkeeper Ethan Tippit.

The Sand Springs girls are off to a 5-2 start with losses to Bixby and Enid, and Enid was their only shutout loss at 2-0.

The girls started the season with a shootout win over Coweta, and they followed that with a 3-0 win over Tahlequah. Sand Springs then lost to Bixby, 3-1, in the first game of the Edison Tournament, sending them to the consolation bracket, where they beat Edison in a shootout for the consolation trophy.

They made quick work of East Central, 6-0, but lost to Enid, 2-0, to close out the non-district season, and the girls are coming back from spring break with a loss.


Sophomore goalkeeper Ali Day has been a workhorse, and she’s kept the Sandite girls in the two shootouts they have won.

Sand Springs sophomore Lizzy Horn was injured the majority of her freshman season so she is making up for lost time, scoring a team-high nine goals in seven games. She has two games with multiple goals, including a four-goal performance against Tulsa Hale.

The real season starts with rival Sapulpa Tuesday, March 26, and it doesn’t slow down with games at Edmond Santa Fe, Shawnee, Owasso and Capitol Hill. The Sandites have home games against Sapulpa, Norman, and Union.

The road to the state tournament starts with Sapulpa, and the last time the Sandite girls made the playoffs was 2012. They went 7-7 and 3-4 in district play, losing to Jenks in the first round.
BACK