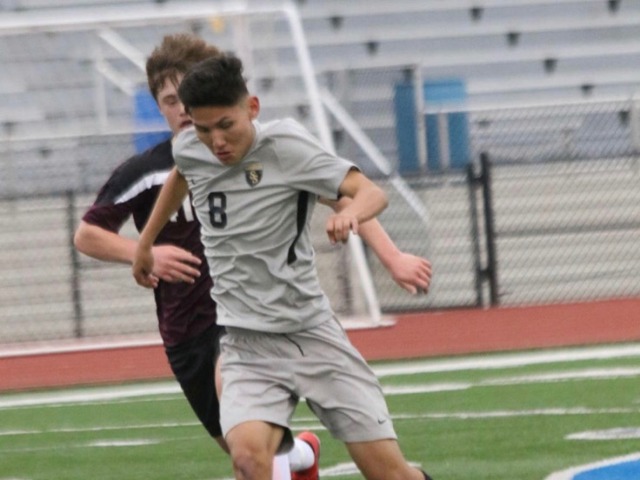 TULSA — The Sand Springs boys won the Edison Tournament, winning all three games, and they walked away with the MVP.

Sandite sophomore Fernando Saldana scored the lone goal in a 1-0 win over Jenks JV1 at the Tulsa Edison Green and White Tournament Saturday, March 9 at LaFortune Stadium, and he was also named the tournament’s Most Valuable Player after scoring four goals in the three games.

The Sandites beat Hale in the first round and Jenks JV2 in the semifinals, and Sand Springs outscored their opponents, 6-2, in the tournament.

The boys are now 5-0 on the season, and Fernando Saldana leads the team with six goals in five games.

Sand Springs 3, Jenks JV2 1: The Sandites didn’t take Jenks JV2 seriously and found themselves down 1-0 two minutes into the game.

Sandite goalkeeper Xander Quiroga gave up a goal after misplaying a ball in the box. The ball was passed back to him from a defender and the miscommunication led to the first goal of the game.

Sand Springs 2, Hale 1: Jeffus and Fernando Saldana both scored in a 2-1 win over Tulsa Hale in the first game of the tournament. Senior goalkeeper Ethan Tippit gave up the goal for the Sandites.
BACK