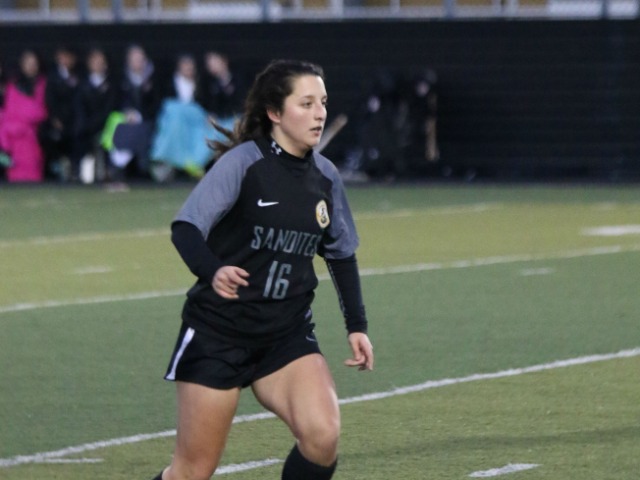 Juniors Ari Esparza and Baylee Metcalfe, and freshman Karsen Lynch scored goals for Sand Springs. Esparza scored at the 27:24 mark of the first half, and Metcalfe added another with around eight minutes before halftime.

With a 2-0 lead in the second half, Lynch scored the final goal of the game, and the Sandite girls notched their second-straight win of the season.

“I think we played great tonight,” said head coach Matt Watkins. “I really like the fact that we got scores by three different players -- two of them being midfielders.”

“We were disciplined on defense and didn’t panic when we got into bad situations. Lizzy Horn was a workhorse up top, and our pass combinations really started to open the field up,” Watkins said.
BACK