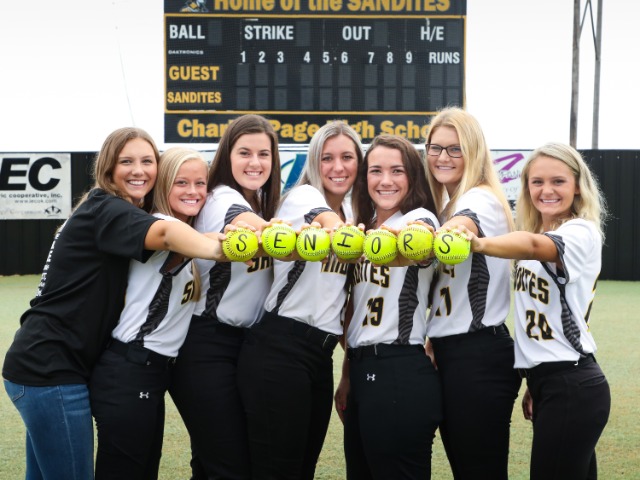 The Sandite seniors went out with a bang, beating Ponca City by 10 runs on senior night.

The Sand Springs fast-pitch softball team beat Ponca City, 11-1, in five innings Tuesday, Sept. 11 at the Sandite Sports Complex, and the seniors were honored after the game.

Skaggs then hit a two-RBI single to score Blair and Presnell to end the game, 11-1.

Blair (8-1) got the start on the mound, throwing four innings with four strike outs, no runs and no walks. Mackenzie Bechtold finished the game with two hits and one run.

The Sandites amassed 12 hits with no errors and it was their seventh-straight win. Ponca City ended with two hits and one error.
BACK